We are living at the dawn of an age that offers promises of  Artificial Intelligence, Drones, and LiDAR. When they all come together, it is pretty spectacular. Watch some of these tools in use as VisualSkies, who partnered with Efficacy4D, 3D scan parts of the epic Icelandic landscape, including a Waterfall.

VisualSkies recently shared some behind the scenes footage that showed them capturing 3D scans that later would be a textured polygonal environment. The 3D scan is a combination of photogrammetry and LiDAR data, obtained by drones. LiDAR (Light Detection and Ranging) is a way to gather data by using light to measure distances. The system does this using lasers.

Efficacy4D provided the Lidar scanning and terrestrial Photogrammetry, VisualSkies captured thousands of images from the air using DJI drones and combined all the data to create one incredibly detailed textured 3d model.

the results are nothing short of astounding.

Check out some of the statistics behind the project: 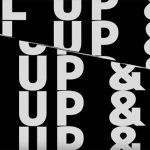 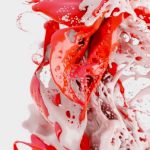 3D Scanning for Cinema 4D From Start to Finish